This mouth-watering, rich Lorraine dish is definitely one of the best known food specialities from France! Although quiche is now considered a classically French dish, it actually originated in Germany. It started in the medieval kingdom of Lothringen, under German rule, which the French later renamed Lorraine (sound familiar!). The word ‘quiche’ is from the German word ‘kuchen’, meaning cake.

The original ‘quiche Lorraine’ was an open pie with a filling comprising an egg and cream custard with smoked bacon or cured ham.

Quiche can be served hot or cold with white wine its delicious!

We offer variety of quiche such as: 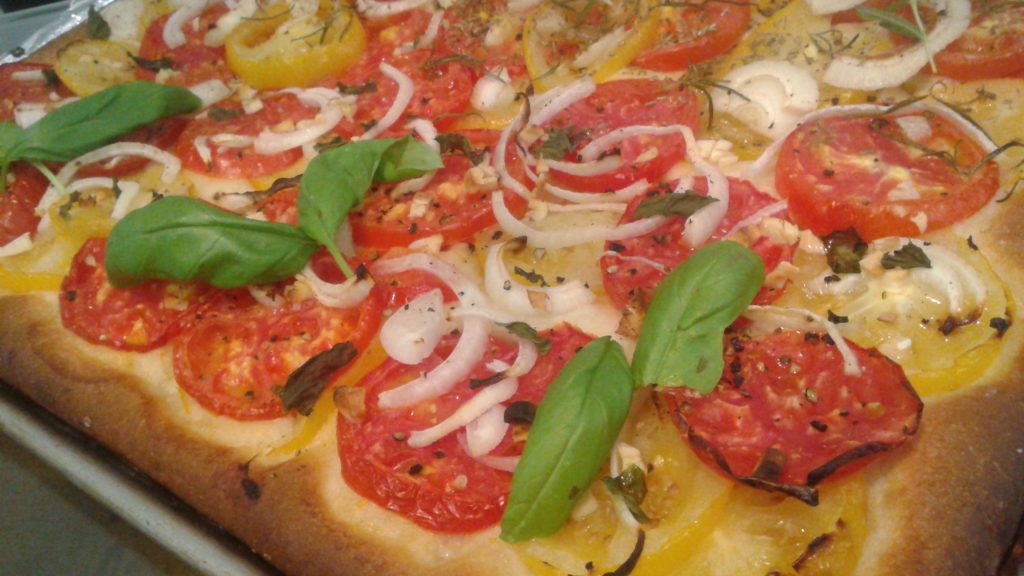 This great Italian bread originated from the northern shores of Mediterranean, and slowly spread into the cultures of Greece and Rome where it was very widely used. In the beginning focaccia was cooked on heated tile, earthenware disk or on the hearth of a hot fire, with bakers often puncturing the bread with the knife to prevent appearance of large bubbling on the surface. One of the most important ingredients of focaccia was always olive oil, which was added to the top of the dough as a mean to preserve its moisture after cooking.

Focaccia is a great appetizers combined with wine its perfect for your guess or any events.